The Bonsor Badminton Group was recognized for providing many volunteers for the Americas Masters Games (AMG) 2016 held at the Vancouver Convention Center from August 27 to September 3.  The group received a lovely thank-you letter and a plaque which are in the display case in the lounge.

We asked one of our Bonsor Members and BC 55+ Games Participants about her recent experience at the 2017 BC 55+ Games, hosted by Coquitlam.

“For me, it was the excitement and anticipation leading up to the games, the social practice sessions and the encouragement and support from participants and even opponents during the Games.  It was really an all round positive and rewarding experience.”
Anita

We think Anita summed it up perfectly!  Congratulation to all participants!  We are proud of you! 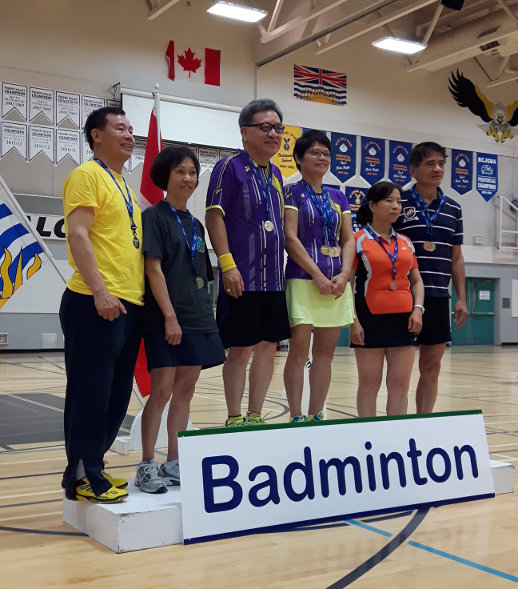 Everyone at Bonsor loves Bob Nakata!  In fact, Open Studio Time presented a painting to Bob as a thank you gift for all the hard work he does!

The talented artist is our very own Gerry Weeks! 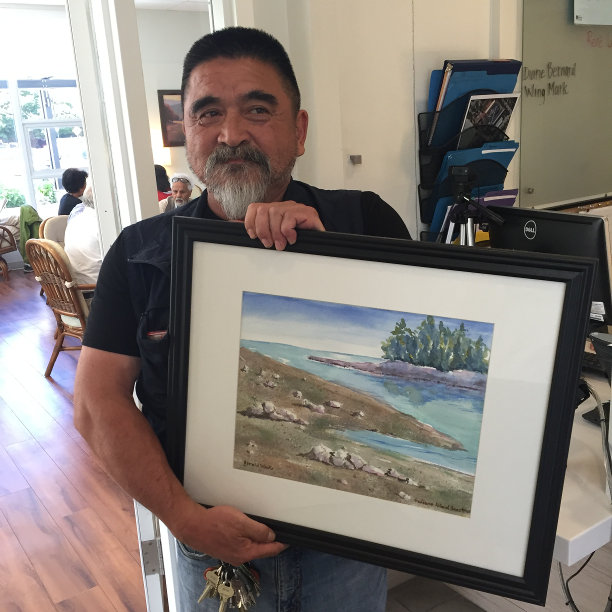 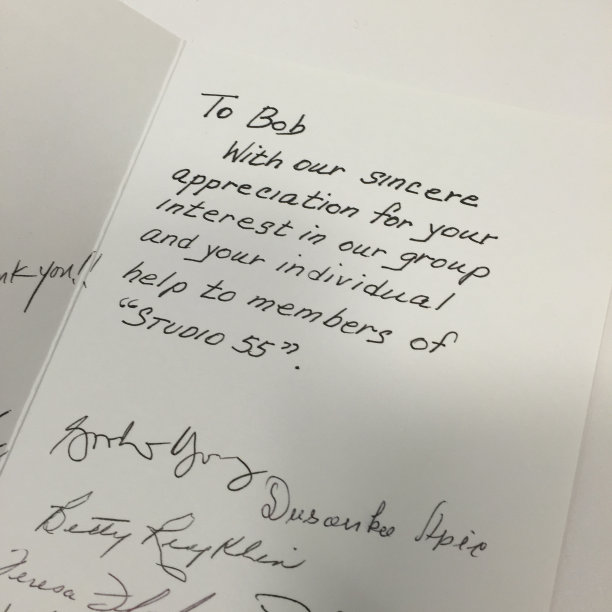 Bonsor Seniors Badminton Tournament held on June 10, 2016.
[Click on thumbnails below to view the photos]

On Monday May 16, Mulberry PARC presented a donation to the Bonsor Health Alert program!

Our members are very grateful of the ongoing support we receive from Mulberry PARC.  Without their generous donation we would not be able to offer such a beneficial program to the seniors in our community!

Health Alert runs Mondays from 9 to 11am (except stat holidays & the month of August).

After 73 matches over 5 weeks the final 5 matches were held on Saturday May 21. Eva Lee our best lady player performed wonderfully to reach the final beating Richard Mckenzie an ex-champ. In the final however she lost to David Braganza who was much more experienced. During the lunch break we had a surprise Birthday celebration for our ‘Burnaby Citizen of the Year’ George Kawaguchi. We surprised him when he entered the room with a big Happy Birthday. We also had sandwiches.

After the tournament we had prizes/gifts given out to all the players as well as all those in attendance. We had 2 Snooker Cues, a 10 liter wine box, numerous Starbucks gifts and many many gift certificates ranging from $25 to $60. We even gave away 6 bottles of wine. The event went off very well.